All About Dinosaur Skeletons 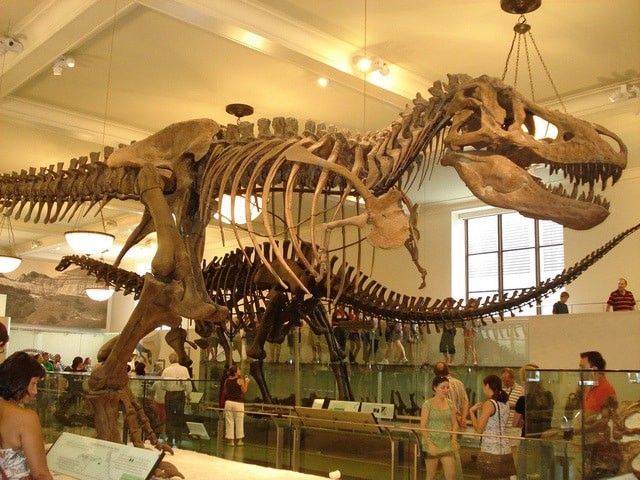 We already know that not all dinosaurs had the same height, weight, agility, etc. Each one had a different function and characteristic, hence their skeleton and body had to be consistent with their “status” with some differences between them. Some of these differences are very obvious, but others are perhaps not so obvious.

Thus, for example, roughly we can say that the Carnivorous dinosaurs have a more streamlined skeleton as a characteristicThey go on two legs, hence they have strong hind legs, with considerable claws and of course with huge and sharp fangs.

While on the opposite side, we have the herbivorous dinosaurs that are like more “compact”. Its skeleton is more homogeneousthey go on their four legs, so both front and rear legs are similar in size and thickness, their teeth are adapted to crush leaves.

But what stands out most about the skeletons of herbivorous dinosaurs is that they are adapted for defense and survival. In this way, we will find dinosaurs with antlers of 2 or 3 horns on their heads, there are also those that have a great armor (we could think there that their great heir is the armadillo, for example), large tails armed in different ways that help them in his defense against an attack, etc.

As you can see, thanks to the characteristics of the skeleton, the dinosaur could have the ability to be more or less flexible, go faster, defend itself against its enemies or have the necessary weapons to be a great predator, such as the Tyrannosaurus Rex or the Velociraptor.

And thanks to those qualities they would have the necessary options to live more or less.

What both kinds of dinosaurs could agree on is that some parts of its skeleton are hollowto reduce as far as possible the great weight that these giants had.

Did you know The skeleton is one of the most important evolutionary parts of the entire history of all living things, including humansno?

Thanks to this evolution, any living being has adapted to the environment in which it lives, extending the existence of its species over time.

With this little parenthesis done, let’s go to what interests us in this post and that is to learn a little more about these giants and the characteristics of their skeletons through which we get to know them a little more every day.

Skeletal differences in each dinosaur specimen

As we have already mentioned, not all dinosaur skeletons were the same, so we are going to delve into the characteristics and bone composition of some of the best-known dinosaurs: the T-Rex, as a carnivorous dinosaur, and the Triceratops, as a herbivorous dinosaur.

Although before we are going to show you some photographs of other dinosaur skeletons so that you can get a better idea and see the differences that we are dealing with between herbivorous and carnivorous dinosaurs.

Skeleton of the Tyrannosaurus Rex (T-Rex)

Be that as it may, this spectacular dinosaur causes admiration and it is not for less. 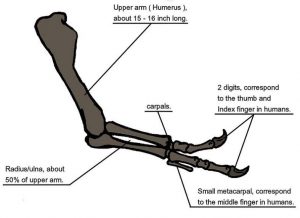 If we take the T-Rex that is best known and that belongs to the Cretaceous Period, it weighed between 6 and 8 tons, its length was just over 13 meters and it had a height of about 4 meters.

Can you imagine what its skeleton and bone thickness had to be like to support all that weight and that size?

With all this great weight, although he had bones that were hollow to reduce it, you can get used to the idea that running what is said to be running, because he did not run much, at about 29km/h.
Although there is research, still unfinished, that estimates that it could run with strides of about 4m with which it could reach 42 to 54 km/h.
So with that said, the image of Rex running after the Jurassik Park jeep at full throttle stays there, in the movies.

If you want to know more about the T-Rex, be sure to read the post Tyrannosaurus rex (T.rex): the greatest destroyer in history

The Triceratops, unlike the T-Rex, seems to us to be something cute and adorable. It is a herbivorous dinosaur but it is no less dangerous for that.

If we take as an example the best known Triceratops that is from the Cretaceous period, it measures 7 to 9 meters long and about 3 meters high. And it is one of the largest herbivores of that period, weighing between 6 and 12 tons. Almost nothing!

Along with the T-Rex it is the best known dinosaur. So let’s get to know him a little more and get to know what is your skeleton like?

Do you know which is the skeleton of the largest dinosaur in the world?

A herbivorous dinosaur from the end of the Jurassic and measuring no more and no less than 40 to 60 meters in length! And it weighed about 135,000 kilos. To hide it in the living room of your house!

And although their existence has been questioned because what was originally known about them was studied and lost in the 19th century. Ken Carpenter resumed the studies in 2006 and concluded that this dinosaur did exist; so there we have our largest dinosaur in the world. to which also confused with Diplodocus and hence its existence was questioned.

That said, the little that is known about this dinosaur is based on a femur of about 4 meters and from there the rest was calculated.

But in order to get an idea as far as the skeleton is concerned, we will take the Diplodocus as an example, which, as we have said, is the one with whom it is confused due to the great similarity between the two, but not in height, because it was somewhat shorter, about 4 meters high and about 26 meters long and weighed about 15 tons. I was little, you see…

in both dinosaurs the main feature is its long neckit is believed that the Amphicoelias could have a neck of almost 17 meters and its other great feature is its also very long tail that is estimated to be about 32 meters.

If we focus on the Diplodocuswhich is also one of the best known dinosaurs and the ones from which the most bones have been extracted, we know that:

We do not forget them and although they are at the end they are still less important. Although it is clear that the ones that are most often talked about and also play the most for movies are the flying dinosaurs.
The poor marine dinosaurs are a bit forgotten and that life began in the water.

AND what are the skeletons of these types of dinosaurs like?

we will start with the flying dinosaurs and taking into account that each species had different weights and measures, yes, they all agree that they had a skeleton made up of hollow bones and that were filled with air spaces; thus the weight was less and allowed them to fly.

On the other hand, for marine dinosaurs there is no such simple way to summarize the general characteristics of all of them, as in the previous case.

Each species has a size and characteristics to swim more or less deep, for example. To give truthful information, each of the species would have to be treated and although this topic is extremely exciting, at some point we will have to stop to say that “it will continue” and talk about these dinosaurs, perhaps something more enigmatic, in another post. .