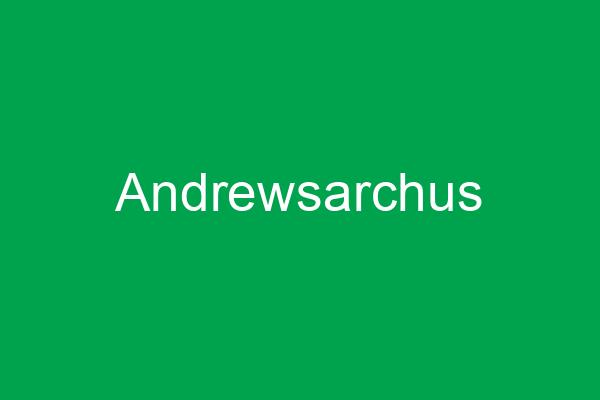 The genus Andrewsarchus was a group of prehistoric artiodactyl mammals (even number of deer-like hooves), which lived during the Paleogene Period.

Not much information is known about this prehistoric animal even though it was not long ago that they became extinct, in fact they lived together with the ancestors of the first human beings.

Still, it is speculated that it might have been the largest land-based carnivorous mammal ever found. It is believed that because of its size it could certainly appear without problems in a ranking of the largest animals that have ever existed.

If you are interested in finding out more about it, below we will show you more information about the Andrewsarchus. Don’t leave and learn much more about this prehistoric mammal that lived with the first humans!

Taxonomy of the Andrewsarchus

In any investigation it is possible to find a new species and even to discard or classify the genus within another existing one, all this will be determined by the discovery of new fossils.

For this reason, from dinosaurioss.com we will worry to maintain this section totally updated before possible changes.

Basic description of this prehistoric mammal

The Andrewsarchus is a rather unknown animal, which is partly due to the fact that there is not much information about it since multiple traces have not been found, as has happened with other prehistoric animals.

Even so, we must emphasize that although we are writing about it in our page, at no time should we confuse this genus with a dinosaur, it simply has a place in this platform as it is an already extinct animal.

We must take into account that Andrewsarchus is known through very limited fossils, we are talking only about a skull that measures 83 centimeters long and 56 centimeters wide, next to this skull only some pieces of bone were found.

The dimensions that this mammal had can only be known as a guide and through the comparison with other animals, it is through this comparison that it is assumed that it had a length of almost 4 meters and a height very close to 2 meters.

It is believed that its body weight could have been as much as one tonne, however, this would border on the limit of functionality in the case of a carnivorous land mammal.

There is hardly any information about this genus of mammal. This is because, as we have already mentioned, the only fossil found of this specimen is a skull. This skull was found in the Irdin Manha Formation which is located in the interior of Mongolia.

The paleontologist Kan Chue Pao is the one who takes all the credit for this discovery, in the year 1923. Mr. Chue Pao was in the CAE (Asian Expedition Center) during the spring of the second year of exploration. This expedition was led by naturalist and explorer Roy Chapman Andrews.

In fact, the origin of the name of this genus of mammals takes its meaning from Mr. Roy Chapman Andrews. Andrewsarchus is separated into two words, Andrew, which comes from the explorer Roy’s surname and sarchus which is of Greek origin and translated into our language means “leader”.

This means that the literal meaning of the genre would be “Chief Andrews”, in honor of Roy.

As we have mentioned before, there is only one species of this genus and that is the A.mongoliensis. The origin of the name of this species of Andrewsarchus comes from the area where it was found. In this case, Mongoliensis comes to refer to Inner Mongolia.

The discovered specimen is classified as AMNH 20135. It is estimated that 60% of the length of the skull belongs to the muzzle.

If we talk about the eye orbits, they are widely separated and situated below normal. The sagittal crest is quite small and the articulation capacity of the jaw is limited.

In 1924, researcher Osborn drew some very interesting conclusions. Osborn classified it as the largest carnivorous mammal that ever existed.

This is because he has compared the length of his skull with that of other genera in his family in order to take them as a reference to obtain an estimated size.

In his time there was a lot of vegetation and many species of large herbivorous animals emerged which would have been easy prey for the Andrewsarchus.

The structure of its teeth has been determined as follows: it has 3 incisors, 4 premolars, 3 molars on each side of its jaws and 1 canine. This is very reminiscent of entelodontids and therefore it has been possible to deduce the shapes of the teeth.

The incisors would have been in a semi-circular position, the second and third premolars were very elongated and the crowns of all the molars were wrinkled. In terms of wear, the most worn teeth are the first and second molars.

The whole arrangement of the teeth we have mentioned could easily be confused with those of an entelodontid except for a small detail characteristic of the Andrewsarchus: the second incisors they have are very large, similar to those of the canines.

The few fossil remains that were found are available to the public, who will be able to observe them if they approach the American Museum of Natural History in New York.

We hope this entry with information about the Andrewsarchus mongoliensis was helpful to you. Any contribution, suggestion or doubt you may have regarding this animal, do not hesitate to leave it in our comment box, we will be happy to read it and solve all your doubts!