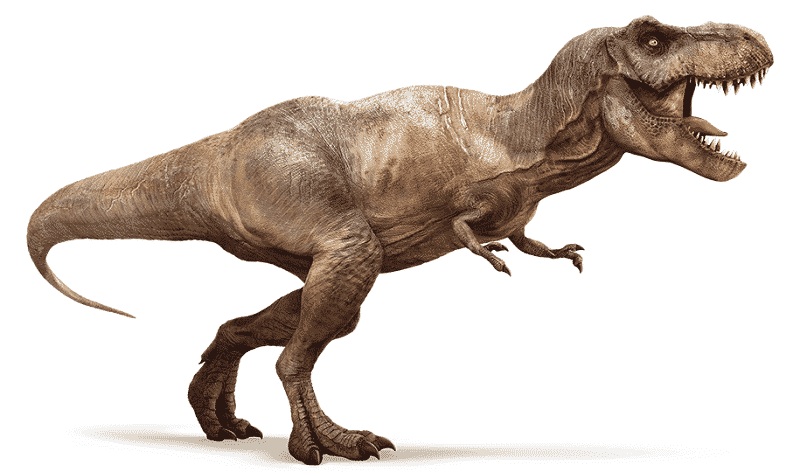 One of the innovations introduced in the fourth installment of the Jurassic Park saga is to create a genetically modified dinosaur by combining various DNAs from others, such as the Tyrannosaurus.

This new specimen, which did not travel through Pangea; in the period when the dinosaurs dominated the Earth (255-65 million years ago), it has been baptized as indominus rex (“fierce or indomitable king”).

At first it was going to be called, or that began to circulate through the different social networks, Devilus rex. Due to the fact that among the genes that were included were those of the Carnotaurus (or so it was made to think) which attributed some characteristic horns.

Basic information about the Indominus rex

Regarding taxonomy, it is very difficult to classify this dinosaur, considering that it is at the genetic level it is a combination of several genera of dinosaurs, such as the Giganotosaurus, Abelisauridae or the Carcharodontosauridae. But if we dare to classify them, it would most certainly be a theropod.

The rest would have to analyze a little more its phenotypic characteristics to evaluate a possible more specific classification in the different families that exist or even create an exclusive one for this dinosaur. Here are some facts about this dinosaur:

Did you know?…
At first, two copies of this dinosaur were created, a male and a female, however, the latter devoured her brother. So only the female specimen remained as a sample of this dinosaur.

How was this dinosaur created?

To understand a little about the origin of this dinosaur, it is necessary to start by talking about the scientist Henry Wu, who was the head of the InGen research department. This scientist discovered that he was able to manipulate the genome of the dinosaurs.

Even at one point I experiment introducing frog DNA to some dinosaurs and I notice that these were able to change sex. This would be the basis for what would come later. Since this scientist became obsessed with the ability to manipulate the genome of dinosaurs and create new species.

Years later, the Jurassic world theme park opened its doors and at first it was an attraction for visitors. However, over time the park became boring for visitors. and was losing popularity.

Therefore, under the direction of Henry Wu, experiments were carried out with the purpose of creating new dinosaurs, out of the ordinary, to attract the attention of the spectators.

In this context, they decided to create this fearsome dinosaur that, thanks to its gifted intelligence managed to escape from the place where he was held captive and make a real chaos in the park.

What dinosaur DNA was used for the indominus rex and what abilities did they endow it with?

Tree frog: The injection of DNA from this animal gave the Indominus rex the ability to change color and reduce its metabolic activity. This last ability allowed him to evade infrared vision.

Velociraptor: From this dinosaur the Indominus acquired a higher average of intellect and a remarkable ability to interpret situations and solve problems. furthermore, that thanks to this velociraptor DNA it also allowed the Indominus to communicate with other dinosaurs.

Therizinosaurus: With the genetics of this dinosaur, the I-REX was endowed with large and sharp claws, in addition, it has three “fingers” and an opposable thumb with which the animal can grab objects at will.

Tyrannosaurus rex: The Indominus DNA is initially based on a T-Rex. This explains his overall size and body type, including his terrible teeth.

Abelisauridae and Carcharodontosauridae: DNA from these families was also added to improve some initial I-REX traits, such as size, number of teeth and some characteristic traces of these families.

Description of the Indominus rex

The indominus rex It is a theropod specimen that measures more than the Tyrannosaurus, reaching 12 meters in length. Unlike his main DNA donor, the I.rex It has longer front legs ending in curved claws, and from what can be seen in the latest trailer for the film, appears to have opposable thumbs.

This feature of the thumb draws attention, as it is a unique feature of primates (including humans) that allows them to handle and be more skillful with “their hands”.

One of the attributes introduced in the I.rexwhich was already tried to be introduced in Jurassic Park 3 with the raptors, are the feathers. Black feathers appear on its entire dorsal part, which despite what many think, are not different from the first feathers that appeared in dinosaurs (they appeared as a method of regulating body temperature, the ability to fly came later).

We will see if these pens are better received by the public than they were in the third installment.

Another feature of the I. rex is that it has multiple generations of teeth. Humans, along with the vast majority of mammals, have two generations of teeth (baby teeth and final teeth), but this characteristic is more typical of fish, especially sharks. This leads us to think that the I. rex It has shark genes, which may mean it is agile both on land and in water. A couple of somewhat unusual abilities are reflected in the trailer.

Behavior of the Indominus rex

Regarding social behavior we can say that this dinosaur spent most of the time living in isolationso he didn’t have much of a social life.

It is believed that this animal had a clear territorial behavior and superiority. because of this he became aggressive. Another quite peculiar feature is that this apparently does not hunt but kills “for fun”something that only a current animal does.

The other is that, by having different genes from different animals, it seems that it is able to communicate with other dinosaurs and influence them to carry out actions under your orderthereby becoming an alpha queen of every living dinosaur on the island.

Yes, gentlemen, the great struggle of the kings took place in this fantastic film. We were able to see the tyrannosaurus rex against the Indominus rex in a fierce fight where the I-REX had everything to winr….here I leave you the video of the fight:

Without a doubt a great fight, to tell the truth the I-REX had everything to win thanks to all its genetic modifications, however, andT-REX thanks to the help of the velociraptor manages to save himself of what was imminent death. But if we want to be fair, we have to accept that the Mosasaur was really the one who ended the reign of the Idominusarios REX.

What other secrets do the geneticists at the Hammond Laboratory have in store for us? What have they introduced to this super-predator? There is less than you think to find out, and you can browse on the official Jurassic World website