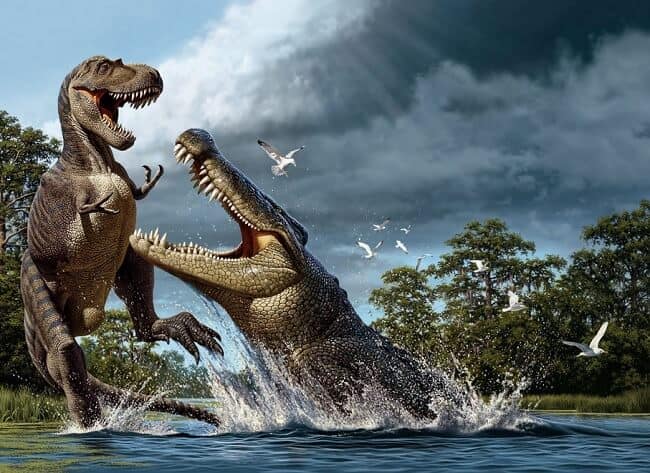 Were the beings that inhabited the earth millions of years ago really dinosaurs or dragons? Did dragons exist? These are some of the questions that many people ask themselves when looking back and being fascinated by the amazing dinosaurs. If you want to get some of the answers you were looking for, be sure to read this article.

Antiquity is full of misconceptions and the animals we know today as dinosaurs were called dragons.

However, this term and its concept changed in 1822 thanks to a geologist and paleontologist named Gideon Mantell, who found huge fossils of what appeared to be reptiles.

This scientist gave a certain name to these fossils by combining two words of Greek origin, “deinos”, which means terrible and “sauros”, which means lizard. Such was the size of the fossils that he found that precisely inspired the image of a terrible lizard.

Since then there have been numerous scientific studies of a paleontological nature that have investigated these incredible reptiles.

The objectives pursued with these studies have been multiple, but always promoted by the desire to find answers, and in the specific case that concerns us, many investigations have tried to determine if these fearsome prehistoric animals were actually dinosaurs or if, on the contrary, it would be appropriate to use the term dragon. 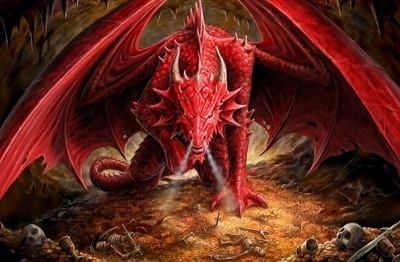 Numerous scientific studies have determined that dinosaurs began to inhabit the planet earth during the mesozoic era, approximately 235 million years ago but they never lived with man, because if we compare the age of the human being with the age of the earth, it could be considered that homo sapien sapiens is a relatively new species.

According to the theories made based on these studies, the dinosaurs disappeared in a mass extinctionalong with 75% of the biological genera then in existence.

The most widely accepted theory regarding the extinction of the dinosaurs is the “Álvarez hypothesis”, which stipulates that a meteorite that hit the earth approximately 65 million years ago wiped out multiple forms of life.

However, although this is the most accepted hypothesis, it is appropriate to say that with respect to the extinction of the dinosaurs they are various theories that have been formulated.

Obviously we are talking about theories formulated in a context that only takes into account scientific parameters, therefore at no time is it contemplated that it was God who created the dinosaurs.

Although this is not the case for many people who consider that dinosaurs are mentioned in the Bible, a logical observation since the term that does appear in this sacred book is “tannin”, a word of Hebrew origin that can be translated as dragon. It is believed that the use of this word in the Bible could have started the confusion between the terms dinosaur and dragon. 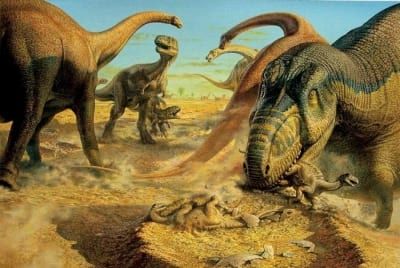 Going back to purely scientific parameters, the researchers of the controversial theory of evolution indicate that dragons already existed in the age of dinosaurs.

Although both genders lived together, it has been concluded that dinosaurs lacked the adaptive mechanisms that were seen in dragons and therefore it was totally impossible for them to overcome mass extinction.

Clarifying the concept of dragon

At present we know that a dinosaur has nothing to do with a dragonWhat’s more, we know that there were two basic differentiations among prehistoric dragons, since some of them could fly while others lived in a completely aquatic environment.

It is important to clarify that dragons still exist today. but we are not talking about fantastic beings that breathed fire through their mouths and that they could fly kidnapping princesses and locking them in castle towers.

But then… Is the dragon a real being or is it a mythological being? The truth is that the term dragon makes a correct reference to both concepts.

The word dragon comes in the first instance from the Greek term “drákon”, which means snake and it is believed that this word was initially used to talk about the hypnotizing power given to the look of snakes.

However, the initial meaning of this term together with religion and the human imagination made this word still widely used today to designate fantastic and mythological beings.

But scientifically we can affirm that at present various royal dragons still survivesome of them aquatic, others terrestrial and others that even have the ability to fly, let’s see below what these species are: 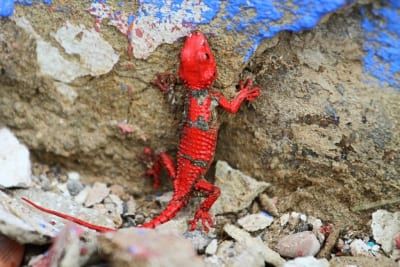 Nowadays it is affirmed that, even in a miniature version, geckos are the living dragons that are more reminiscent of the descriptions of dragons as mythological beings, and in fact, the truth is that the different species of geckos present us with a amazing appearance and eyes that can sometimes be considered practically unreal.

These species are considered dragons because they are believed to be an evolution of prehistoric (non-mythological) dragons, in fact, it is also estimated that crocodiles are precisely the result of the adaptive evolutions suffered by dragons.