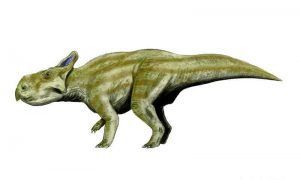 The genus Montanoceratops is a genus of Ceratopsian ornitisch dinosaurs that lived at the end of the Late Cretaceous Period and may be among the last dinosaurs to disappear in the extinction of the Cretaceous.

It is not as famous as others like Triceratops, but it is an interesting genre and we can discover everything about it today in this article. Will you join us on this trip to meet him?

This dinosaur, also known as the “horned face of Montana”, is a genus that is classified within the Leptoceratopsidae family and is represented by only one species, the Montanoceratops cerorhynchos. He lived during the Cretaceous period (about 65-71 million years ago) in what is now North America.

Among its physical characteristics, we can highlight its large head, the small horn on its nose and the “plaque” on its head. According to different studies, it is estimated that the males had this plate larger than the females and that it was used for courtship. Its height was about 2 meters and weighed about 400 kilos.

It is considered that this dinosaur could have been one of the transient species between the more primitive ceratopsians and later ones such as the Triceratops. In addition, it has been confused on many occasions with Protoceratops, as it bears a strong physical resemblance to it. 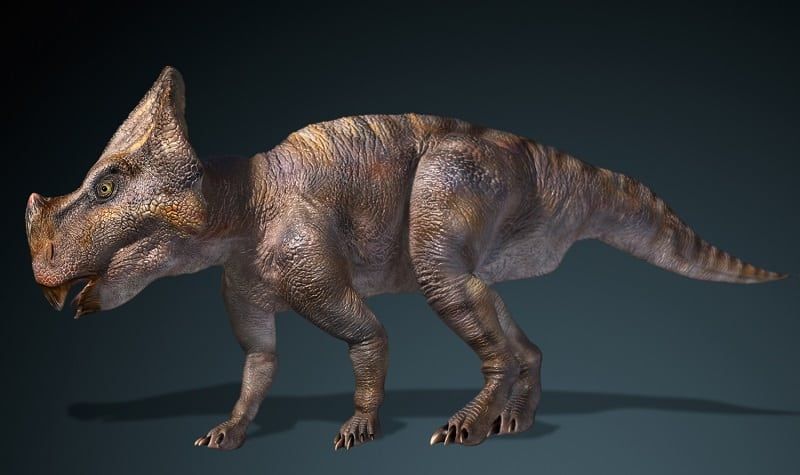 The Montanoceratops was a herbivorous dinosaur and therefore its jaw was configured to bite with enormous force and easily destroy branches and vegetation. In addition, the plaque not only served for courtship, but was also a reflection of supremacy in the herd. The one with the biggest badge was the boss and the first one to mate.

According to other research, it is said that among the Montanoceratops they communicated through the tail. It had high spines and was very flexible, which made it easy to perform any kind of communicative movement. In addition, its intelligence is at a medium level relating it to the rest of the dinosaurs.

Their speed was rather low, as their legs were small and their weight quite large compared to them, although this is common throughout the Ceratopsy infraorder.

The first appearance of Montanoceratops in the history of paleontology occurred in 1916. The American paleontologist Barnum Brown found his first remains in the mountainous area of St. Thomas. Mary River, in the state of Montana (United States). Hence its name, as you might imagine. 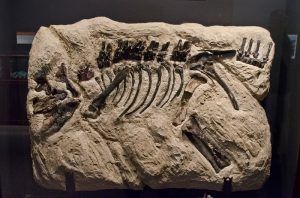 Until 1935 both Brown and his assistant Schlaikjer named this dinosaur as Leptoceratops cerorhynchos, although later on and after several investigations comparing it with other Leptoceratops they discovered the differences and separated this dinosaur into its own genus, the Montanoceratops.

Although the remains Brown found were rather few, a discovery of other fossils by Brends Chinnery and David Weishampel in 1998 made it possible to learn much more about this horned dinosaur.