The dinosaur with horns over its eyes

We continue with our review of the ceratopsids and today we talk about the Zuniceratops, another dinosaur that stands out for its robust head and for being one of the first dinosaurs with horns over its eyes. Let’s see what else is interesting about this horned dinosaur.

The Zuniceratops lived around the middle of the Cretaceous, approximately 93-95 million years ago and its natural habitat was the border area between the United States and Mexico. This genus is represented by only one species, the Zuniceratops christopheri, although as we always say this is very common in the world of dinosaurs.

As for its physical characteristics, its height was approximately one meter, it was about 3 meters long and weighed almost 250 kg. However, the most remarkable thing about their appearance is without a doubt their two horns over their eye sockets, since in paleontology no other older dinosaur has yet been found that has them.

The horns grew over the years and were probably used for defense against other carnivores and to cut down branches and vegetation from different trees, as did other of their relatives ceratopsids. 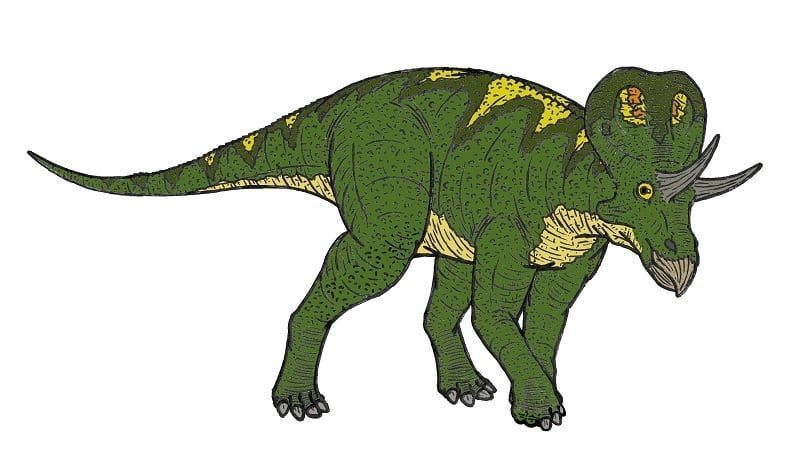 It is a very peculiar dinosaur that can help to understand this transition and to complete the “family tree” of the ceratopsids since its antiquity (it is the oldest specimen of America) is a favorable point to complete this picture of the evolution of the dinosaurs with horns. 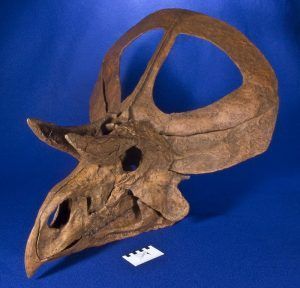 The first Zuniceratops was discovered in western New Mexico in 1996. The discovery was made by the paleontologist Christopher James Wolfe and a skull and bones of different Zunitoceratops were found scattered throughout the Moreno Hill mountain range along with fossils of other dinosaurs.

Wolfe, along with James Kirkland, named and described this dinosaur in 1998 after a two-year investigation of the fossils found. The name comes from the native Indian people of the New Mexico area, the Zuñi, who was attached to the usual ceratops (horn-faced) to give it its final name.

In its history, there was some confusion due to the roots of its teeth. In the fossils initially studied there was only one root in them, being something strange and totally unusual in ceratopsids. This made it very doubtful that he belonged to this family, even though he had all the characteristics to be in it. However, the analysis of later fossils discovered specimens with double roots, so they were estimated to grow over the years.