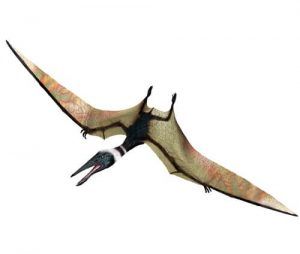 Pterodactylus was a genus of reptiles that inhabited our planet during the Jurassic period (about 150 million years ago). This genus is classified among the pterodactyla reptiles.

This genus would have been small in size, typical of birds. The adults were about five feet long or less. As for his weight, it would have been between a kilo and four kilos.

The Pterodactylus had a rather peculiar tooth structure, the central teeth being very long and becoming smaller and smaller in the form of harmonica.

If you find it interesting… You should know that below you will find some very complete information about Pterodactylus – find out all about this carnivorous reptile from the Jurassic!

This animal is placed inside the pterosaurs, and is one of the most famous genera in our current culture, and it is the first of all the flying reptiles that were discovered.

The remains of this specimen were found in Bavaria, in the Solnhofen limestones of the formation of the same name, Germany.

These remains belong to the Jurassic period, that is to say, that this specimen developed its life more than 150 million years ago, in a territory located in what today would belong to the European continent, although there have also been several traces in Africa.

This genus based its diet on the net consumption of fish meat, although scientists do not rule out the possibility that it has also been fed on other small land animals.

In addition, as with other specimens also considered as pterosaurs, the wings were in fact provided with a muscular membrane, and the skin covering these wings was distributed from finger number 4 to the end of the limbs. 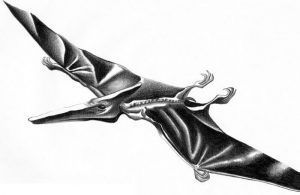 As in other specimens known as pterosaurs, the animal protagonist of our article was different depending on the age in which it was, so it has come to know that the bone elements that made up the limbs enjoyed different sizes according to the age of the animal.

The same happened with other regions of its structure, such as the skull and even the size of the teeth. But the variations could be seen not only because of the size but also because of the shape of these elements, even the number of teeth was greater when this animal reached the apex of its maturity.

It has even been possible that in several years some specimens of this animal that had not reached mature age have been taken as if they were another species and even another genus, and it is that the variations in some cases can be considerable, a young specimen could be very different from an adult specimen, which is why the confusion was not scarce.

Having said this, the bony elements that belong to this genus at different ages have now been reviewed again, different individuals of different ages have been studied again, and because of this only one species has been defined that is considered valid in the world of Paleontology, a species that is called Pterodactylus antiquus.

That is why scientists have made the decision to divide these animals according to their ages, and it is essential to establish this type of differences and then not confuse them with other species of the same genus.

In one group we have the Pterodactylus that have a small skull that did not reach half a meter in length.

In another group, the largest specimens appear, in which the skull was twice the size of the previous group, almost one meter in length.

We must make it clear that both groups of animals are still young specimens. 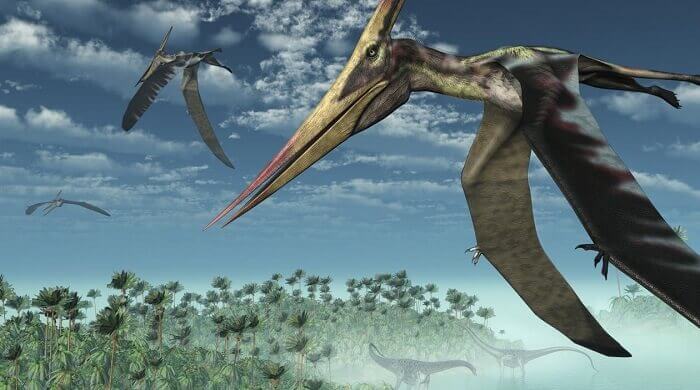 The mistake that was made many years ago was to consider that the first group we mentioned were the younger specimens, while the second group were actually the mature specimens, and after a series of scientific studies it was confirmed that these animals considered as adults were not really adults, because they were still in a juvenile stage because of the young age they had.

And in a third group appears the valid species mentioned above, Pterodactylus antiquus. In this group we can also find other large specimens that were originally believed to be another species, now totally invalidated, which was named Pterodactylus kochi.

What is really curious is that even this group is now considered to be a group of young specimens, as they were not yet at the peak of maturity.

No specimens have been found at the peak of maturity (the third group are young sub-adults at most) and are known because of the “quality” of the bones and the porosity of the bones (the more cemented and the less porosity present, the younger the specimen).