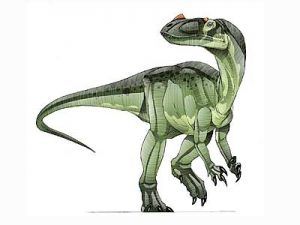 This extinct specimen actually turned out to be a cellophysical theropod, which inhabited our planet during the period scientists identify as Jurassic, meaning that it developed its existence approximately 200 million years ago.

Its name was given to it because of a great quality focused on its diet, that is, eating meat, which is why the name means “meat-eating lizard“.

The Sarcosaurus lived in a territory that now occupies the European continent, where a group of traces of this specimen, a skeleton that is incomplete, were found in the Lias of Warwickshire, England. The Lias are a series of geological formations ranging from the end of the Triassic to the beginning of the Jurassic, so it is clear that in the period that lived the Sarcosaurus was in the Lower Jurassic but is suspected to be a descendant of some specimen of the Triassic.

On the main specifications of the animal, we can say that its length could not be longer than 4 meters, while its weight exceeded 200 kilograms, not to mention its height which was slightly more than five feet.

The bony elements that were found in this place, known as Leicestershire, were from some areas of the back and some bony elements of the hip and limbs.
It is also known that this animal enjoyed a not very heavy complexion, so one of its main qualities was the great speed that could reach, in addition to that, the muzzle of this animal enjoyed within its structure a protuberance made up of bone tissue, a fact that caused great fascination when it was discovered. 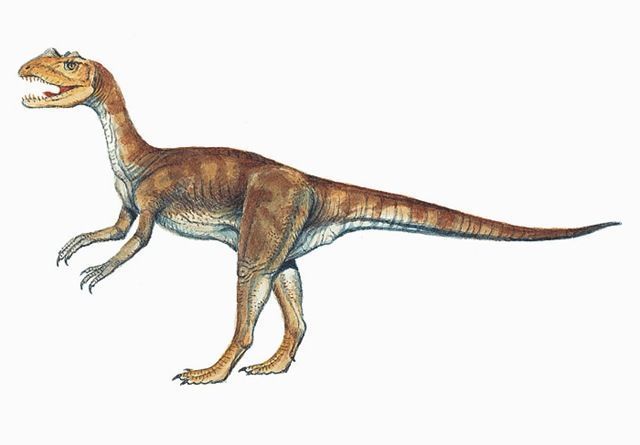 An additional species officially known as Sarcosaurus andrewsi, which was named after Friedrich von Huene in 1932, became known. But his finding was made many decades ago, at which point a bone element was found, part of the tibia, which was probably almost 45 centimeters long.

It was another great researcher who had been in charge years before, just after this discovery, of carrying out the arduous review of the element found and, above all, of the complete bone structure that could finally be achieved, a researcher named Arthur Smith Woodward.

The task of this researcher was not an easy one, because a large group of scientists was arguing against the classification he published in those years, a fact that we have seen has been repeated and will continue to be repeated over time, especially when it comes to discoveries that drive half the scientific world crazy.