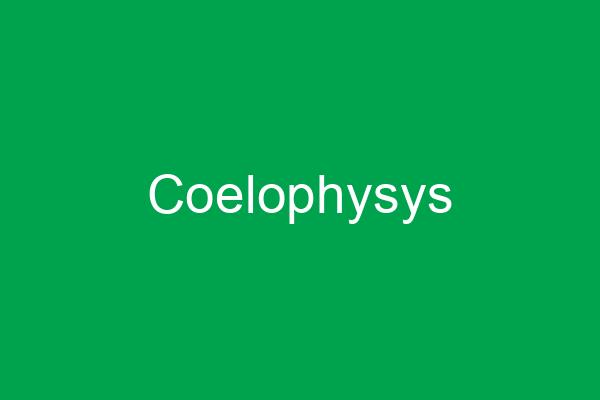 He was one of the first dinosaur hunters. Small in size and presumably fast.

Today we’ll talk about one of the first hunters to inhabit the earth. Today we’ll learn all about the Coelophysis.

What does the name Coelophysis mean?

The meaning of this name is “hollow head”, and it is derived from the Greek words “κοιλος/koilos” which is understood as “hollow” and the Greek word φυσις/physis “form”

Remains and some scattered fragments were discovered in 1881 by David Baldwin, a professional fossil hunter from New Mexico.

In 1947, an expedition to New Mexico (USA), led by Edwin Colbert, made a sensational discovery.

On a property known as Ghost Ranch, hundreds of Coelophysis skeletons were found, one on top of the other.

The discovery was particularly exciting, because it involved Coelophysis of different ages and sizes.

It seems that the whole herd had died at the same time.

This leads to the assumption that the death was caused by a sudden disaster, for example by a violent flood that drowned the animals and inundated them.

In Ghost Ranch there were so many Coelophysis skeletons that scholars had to be careful not to confuse the bones of different specimens together.

Today we can see copies of these skeletons in many natural history museums around the world.

As it was too big to be a fetus, the only explanation was that the Coelophysis had to be a cannibal.

Classification: Quite a controversy

Coelophysis is a taxonomic genus composed of a single species, C. baurian.

Two other species were described by Cope, C. longicollis and C. willistoni, but are not considered valid and are currently considered doubtful species.

The species C. rhodesiensis, from the Lower Jurassic of Zimbabwe and originally described as Syntarsus rhodesiensis, is probably a late species of Coelophysis.

What did it eat? Was it a cannibal?

In the thoracic cavity of some adults, remains of small dinosaurs of the same species were found: at first, experts thought that they were young close to birth.

But dinosaurs lay eggs and were not viviparous, so perhaps it was more like leftover food.

These skeletons were also too big to be contained in an egg or to pass through the bones of the pelvis.

As surprising as it may have been, the hypothesis that Coelophysis fed not only on small lizards but also on the younger members of its own species seemed increasingly realistic.

However, although this theory has been repeatedly acclaimed by most paleontologists, it has recently been challenged.

The stacking of bones on top of each other, in fact, may have led Edwin Colbert and his colleagues to believe that they have identified remains of young specimens in the abdominal cavities of adults, when they could simply have been “crushed” under a larger individual.

In particular, a recent paleontological study by the American Museum of Natural History in 2005 has rejected this hypothesis by showing that the skeleton was actually a small crocodile.

When did he live?

He lived at the end of the Upper Triassic between 230 and 205 million years before our era in New Mexico, Arizona, Connecticut and Southern Africa.

In the place where he was found; it is believed that in his era this was a vast plain and that it had a great natural richness, both in fauna and flora.

He could measure up to 3 meters long, 55 centimeters high and weigh 80 kilograms, his large tail occupying half of his body.

Its narrow, flexible mouth allowed it to quickly catch small prey. The teeth were bent backwards and the jaw was made so that both sides could slide against each other.

The Coelophysis most probably hunted in packs, in the same model as the wolves of our time, which allowed it to attack larger prey such as Placerias, mammalian reptiles still present at that time.

Due to the great discovery of more than 100 fossils of these dinosaurs in one place, it is easy to suggest that it was an animal that moved in packs.

However, the hypothesis suggests that these animals could have been gathered hunting fish or drinking water when they were caught by an avalanche that buried them.

Another finding that corroborates such gregarious behaviour is that 30 C. rhodesiensis fossils were also found together in Zimbabwe

As for reproduction, according to the analysis and collection of various data.

It is believed that an average female could lay between 24 and 26 eggs.

And that the parents took care of the young by feeding and protecting them, at least during the first year.

Some of the interesting facts about this dinosaur

Despite being over 100 million years old, it is one of the best known dinosaurs; perhaps because of the large amount of fossil evidence found.

In addition, it was catalogued as an official New Mexico fossil and is the slogan of the New Mexico Museum of Natural History.

This dinosaur was also featured in the first chapter of the acclaimed BBC series Walking with Dinosaurs.