In this post we will discover a fascinating dinosaur, which was not characterized precisely by its large size, but quite the contrary for being one of the smallest herbivores that existed on the face of the earth. Continue reading and learn more about it.

What does the name mussaurus mean?

The meaning of the name Mussaurus is “mouse lizard”. This small herbivore gets its name from the small size of the first fossils found, fossils that some researchers suggest were young individuals of the species.

After much research, perhaps this name is not entirely accurate; its original size was approximately 3 meters in adulthood.

History of the Mussaurus discovery

The mussaurus was discovered in South America in the “El Tranquilo Formation” in the province of Santa Cruz, Argentina, between 1970 and 1979 by an expedition led by “José Bonaparte”.

Where the fossils found contained what appeared to be a nest with two eggs and extremely small skeletons of approximately 25 to 30 cm in length.

It was originally believed that they were the same Plateosaurus, however, they differed in a different position from the third sacrum, as well as in the different size and shape of the window of the skull in front of their eyes. 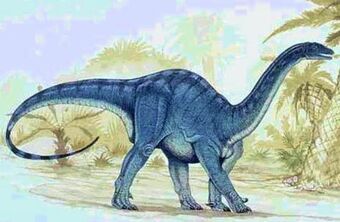 The Mussaurus was very difficult to classify because initially only young dinosaur specimens and neonates were discovered, which tend to have basal characteristics and this made the work much more complex for researchers.

Bonaparte and Vince had heard that it could be a “Prosauropoda”, but despite this they did not assign it to any family of this one.

Meanwhile Dr. Rodolfo Casamiquela in 1980 published an article on the adult specimens of these sauropods and related them to the European genus “Plateosaurus”, within Plateosaurus.

When did the Mussaurus live?

This small herbivore lived in South America, more specifically in the Northeast, a place that is now known as Argentina, during the Late Triassic approximately 215 million years ago.

What did the Mussaurus eat?

This dinosaur as we could see before was herbivorous, and fed mainly on ferns, conifers and some easily digestible plants.

To describe this dinosaur, researchers initially relied on young specimens, believing that this was its final stage, however, it was later clarified that these fossils represented an initial stage of its growth.

In a first description of the young fossils, they were approximately 30 cm long and had a relatively small skull (3 cm long).

Little is known about their appearance and dimensions in the adult stage, but what is clear is that they were born in nests very similar to those made by ostriches today. In its early stages it could easily feed on soft, creeping plants.

As for their adult stage many researchers have dared to indicate that they had a four-footed gait, but if necessary they could stand on their two legs to reach high plants or run in a hurry.

Their teeth were cylindrical, very useful for grinding the plants they ate.