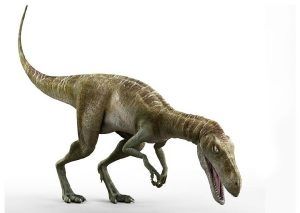 Staurikosaurus was a small carnivorous theropod that lived in the Middle Triassic and incredibly became one of the first dinosaurs to live on earth.

What does the name Staurikosaurus mean?

The binomial name Staurikosaurus pricei is derived from the discoverer of its fossils, Llewellyn Price. This name was coined by paleontologist Edwin Colbert.

History of the discovery of Staurikosaurus

Additional details on the discovery

The Staurikosaurus fossils were first excavated by scientist LI Price in 1936. They were discovered in the Jazigo Cinco region of the Santa Maria formation in Brazil.

Africa and South America was a unique continent in the Triassic period. Therefore, many overlapping fossils are found in these regions. It is also very possible that the dinosaurs related to this one developed on separate continents. 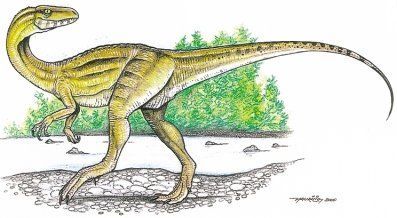 Because the Staurikosaurus was a primitive dinosaur, its classification was difficult, as there were not many species of dinosaurs available to compare the fossils.

The Staurikosaurus was supposed to be a simple theropod from Benedetto’s group of paleontologists.

It was classified as a basal sauropod by Sereno and his colleagues when they first examined it. But prosaurus is herbivorous and, judging by the teeth of the Staurikosaurus, it definitely was not.

More recent studies by Sues have corroborated Benedetto’s initial assessment that Staurikosaurus is a theropod dinosaur belonging to the Herrerasauridae family.

When and where did the Staurikosaurus live?

The Staurikosaurus was one of the first dinosaurs to walk the earth, which was discovered in modern times. It was a small theropod that existed in the mid-Triassic period of the Mesozoic era. The timeline of its existence is judged to be around 230 to 220 million years.

The Staurikosaurus was a terrestrial, carnivorous organism. It probably fed on smaller vertebrates and other dinosaurs. It could grab its prey and chew it up before swallowing it.

It used speed to reach its target and also to flee from its predators.

The Staurikosaurus probably resided in heavily wooded areas. Dinosaurs that lived in such regions rarely left complete skeletal fossils on the ground, as in the case of Staurikosaurus.

Some important details about Staurikosaurus physiognomy

Although dinosaurs were not present in abundance during the Staurikosaurus period of time, they were important in forming a solid foundation for dinosaur dominance in the Jurassic period.

Curiosities about their characteristics

Thanks to the discovery of this important dinosaur, Brazilian paleontologists were able to make a name for themselves in paleontological circles.