Predator “X”, the most feared Pliosaur 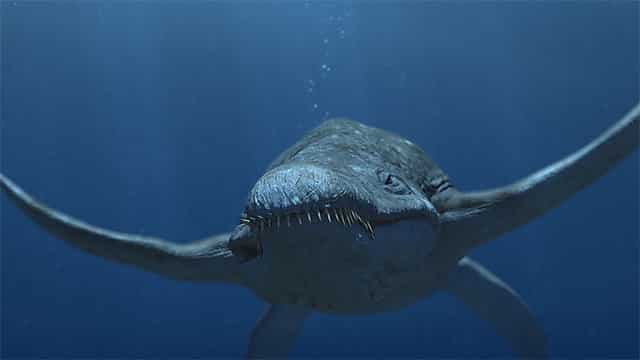 In the year 1841, the researcher Richard Owen found a series of fossil remains from marine animals. Among them, a new taxonomic group: the pliosaurs or pleiosaurs, whose name comes from the Greek and literally means “closest to the lizard”.

Although this was the initial denomination, currently the name pleiosaurs is considered invalid and it is only appropriate to use pliosaurs or pliosaurus to refer to this genus.

This group was introduced as a differentiation tool for ichthyosaurs (“fish lizards”) and this differentiation was necessary when various marine giants were discovered, including one that has raised questions for years, called Predator X.

In 2006, at the University of Oslo (Norway), some fossil remains were introduced that were unearthed near the Arctic Circle.

Among these remains were those of a gigantic marine reptilewhich could not be introduced at first in any group of genus or species because there were not enough fossil remains to assign it to a certain taxonomic group, so it was called Predator X, a name that is popularly will always relate to this species and that generates great curiosity and restlessness.

It was in March 2009 when the Oslo Natural History Museum finally made public the discovery of a fossil that possibly belonged to the pliosaur genus. Currently, the remains found of the prehistoric animal that was initially called Predator X are exhibited in this same museum.

Recently, in 2012, it was introduced among the pliosaurs, confirming the initial suspicion. and specifically called pliosaurus funki.

The genus in which this specific species is included consists of a series of marine reptiles that inhabited the seas of the Upper Jurassic, approximately 155-147 million years ago.

These prehistoric animals are believed to have been the largest predators in the aquatic environment of history, as stated in a documentary created by the BBC, which you can access through this link.

The anatomical structure of Predator X

Although there is a significant lack of fossil remains and a high number of fragments, approximately 20,000 (which are being put together as if it were a puzzle), an approximation to the measurements of this gigantic reptile has been achieved. It is estimated that he reached between 10 and 15 meters longwith an approximate height of between 2.5 and 3.5 meters.

Among these measurements, it should be noted that the vertebra that joined the skull with the rest of the body was 15 cm long, which facilitated a larger size of the P.funkei and a fastening that allowed a bite of about 15 tons/cm2that is, up to 4 times higher than that of the tyrannosaurus rexalthough some experts consider that such bite power could not be resisted by the teeth that this predator had in its jaws, which could reach 30 cm in length and had a triangular appearance. 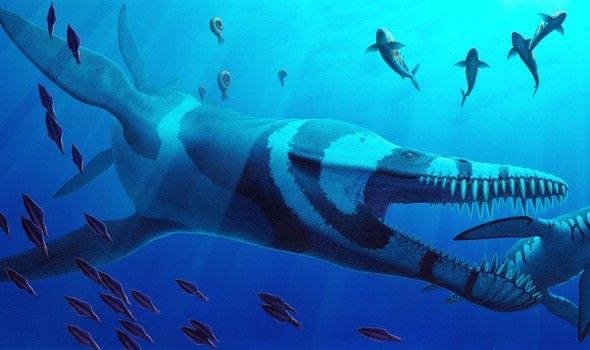 With such a wingspan, and also living in the sea, it is estimated that the weight of Predator X could reach the 45 tons.

Due to the size of its skull and a linear development of the brain (such as that of modern reptiles) it had a great capacity and development of sense of smellwhich allowed it to detect prey at great distances.

It is estimated that the diet P. Funkei was based on large marine reptiles such as those belonging to the order of plesiosaurs, large fish such as the Leedsichthys problematicus and it has even been supposed that it could have competed with the famous Mosasaurus, another powerful marine predator characterized by a very robust anatomical structure.

However, like other species belonging to the Pliosaurus genus, fish, squid and small marine reptiles were also part of their diet.

Like most living beings that have existed and exist, Predator X or P. Funkei not only could he maintain the vital functions of his body thanks to nutrition, but it was also essential to oxygenate all the tissues that made up his anatomy.

Being a reptile, breathing was done through the lungs and not the gills, so it had to go to the surface to breathe air.

The fact that this prehistoric animal was marine but had a lung breathing It leads us to think of the presence of a hole called a spiracle (like the one that dolphins have), this structure is actually a sphincter that closes before immersion in the water to avoid the presence of liquid in the lungs.

Initially the species P. Funkei It was considered the greatest predator in all of history, mainly due to the robustness of its anatomical structure and its various capacities.

Various scientific studies have led researchers to make statements such as the following «Predator X has been the most dangerous animal in all the seas due to its anatomy and its hunting strategy».

However, this is not a subject free of controversy, since the size of this prehistoric animal was much smaller compared to that of other species such as carcharodon megalodonan extinct shark characterized by a weight that could reach 77 tons and gigantic teeth.

Due to the existing controversies, from this platform we cannot offer a scientific and resounding statement about whether Predator X was indeed the largest predator that has inhabited planet earth, despite this, we can analyze its capabilities compared to that of others. powerful prehistoric animals that also inhabited the oceans.

Megalodon is the popular name used to refer to the shark that we mentioned above, Carcharodon megalodon.

The following video analyzes the capabilities of the Predator X compared to those of the Megalodon, making an initial reference to the bite power of the shark, superior to that of the predator. However, Predator X had enough power to crush a car in its jaws.

Based on the physical capabilities of each prehistoric animal, the following outcome is finally revealed: The Megalodon was larger, faster, and had superior bite force, plus it possessed extremely thick skin that would have been difficult even for the Predator to penetrate. X.

The liopleurodon was a large carnivorous feeding marine reptile belonging to the group of plesiosaurs, which as we have mentioned previously formed everyday part of Predator X feeding.

The following video specifies the most basic data about Predator X that inhabited this planet approximately 150-160 million years ago and that its remains were found in Europe and South America. Regarding its diet, it is said that it consisted mainly of other plesiosaurs, ichthyosaurs and small pliosaurs.

Finally, the video determines a clear victory of Predator X over Liopleurodon, being faster, more agile, stronger and larger.

Experts estimate that an adult specimen of Liopleurodon could measure between 5 and 7 meters in length, however, regarding the weight there is controversy, some sources claim that It could reach 70 tons.

In any case, while Liopleurodon’s body mass might be considerably larger than Predator X’s, the latter’s length, agility, and speed could earn it an easy victory.

Is it Predator X or P. Funkei the greatest predator of all time? It seems that the only animal that was able to put this prestige into play is the prehistoric shark popularly known as the megalodon, however, the assumptions that lead us to think about the possible victory of this feared shark are just that, assumptions.

On the other hand, the scientific investigations that have been able to define Predator X as the most dangerous marine animal in history are based on much more than assumptions, which implies that, leaving aside the scientific controversy that may still exist, it is correct to affirm that Predator X has been the greatest predator in historyAt least until proven otherwise.