Some Curiosities about dinosaurs 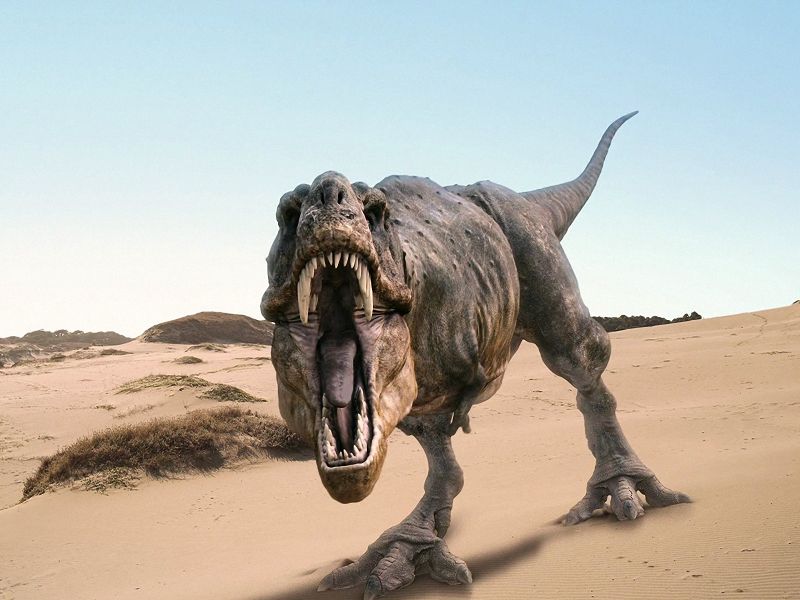 We all know they existed different types and classes of dinosaurs, some carnivores, others herbivores, some of enormous dimensions, others small like chickens, there were even very voracious and aggressive ones and others instead were calm and peaceful dinosaurs. That is why today we are going to share with you some of these trivia about dinosaurs.

A thousand questions about dinosaurs come to mind, as if I were still in elementary school with my finger raised and my blue plaid smock. Things that would unthinkingly ask a group of children like:

What was the fastest dinosaur?

It is believed that the fastest dinosaurs that existed were the carnivores known as theropods.

Theropods were the ancestors of today’s birds, so it is not surprising to see and look for some features of ratites in fossil remains of theropods.

It was concluded that the fastest birds do not have to be large (although the weight influences something), but they must have long legs, claws and small feet to have a minimum support point to run and be able to take longer strides. If we add a high lung capacity (to have a high oxygenation and keep the rhythm longer) and strong muscles (since birds do not have leg muscles), we have several candidates that can hold the title of “fastest dinosaur” .

Among the great runners we can highlight the Concavenator corcovatus, a Spanish specimen. This nearly 2 meter tall theropod had a light but very muscular and wiry body, very avian for a mid-Cretaceous theropod.

But the fastest group is undoubtedly that of the dromaeosaurids or raptors. Specimens such as the Velociraptor or the Troodon appeared in this group, both included among the fastest.

The one that holds the title of the “fastest dinosaur” is the Nanotyrannus.

A muscular body like that of a great t.rex but packaged in a body little larger than that of a raptor. The problem is that there is currently doubt that the Nanotyrannus really be a species, and is now accepted at many points as a Tyrannosaurus in the juvenile stage. 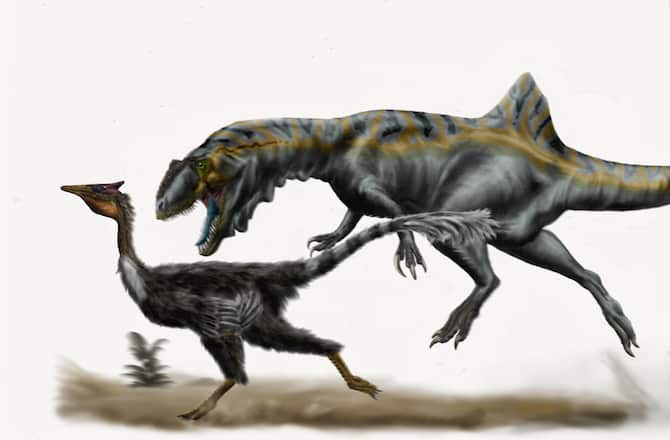 What was the slowest dinosaur?

At the other extreme of speed we have the slower dinosaurs. If the fastest were characterized by being agile, with long limbs and very fibrous muscles, among the slowest we find animals of large wingspan but with a weight that would ridicule the African elephant.

The great weight of sauropods it was its advantage and at the same time its disadvantage, since such a large animal was difficult to be attacked by a single carnivore, even a large one.

Their advantage we have said was their large and heavy body, but it was not so beneficial either since they were extremely slow. Their large wingspan forced them to always have 3 support points on the ground, so they had to move one limb at a time, so “going at a trot” was not possible for them. 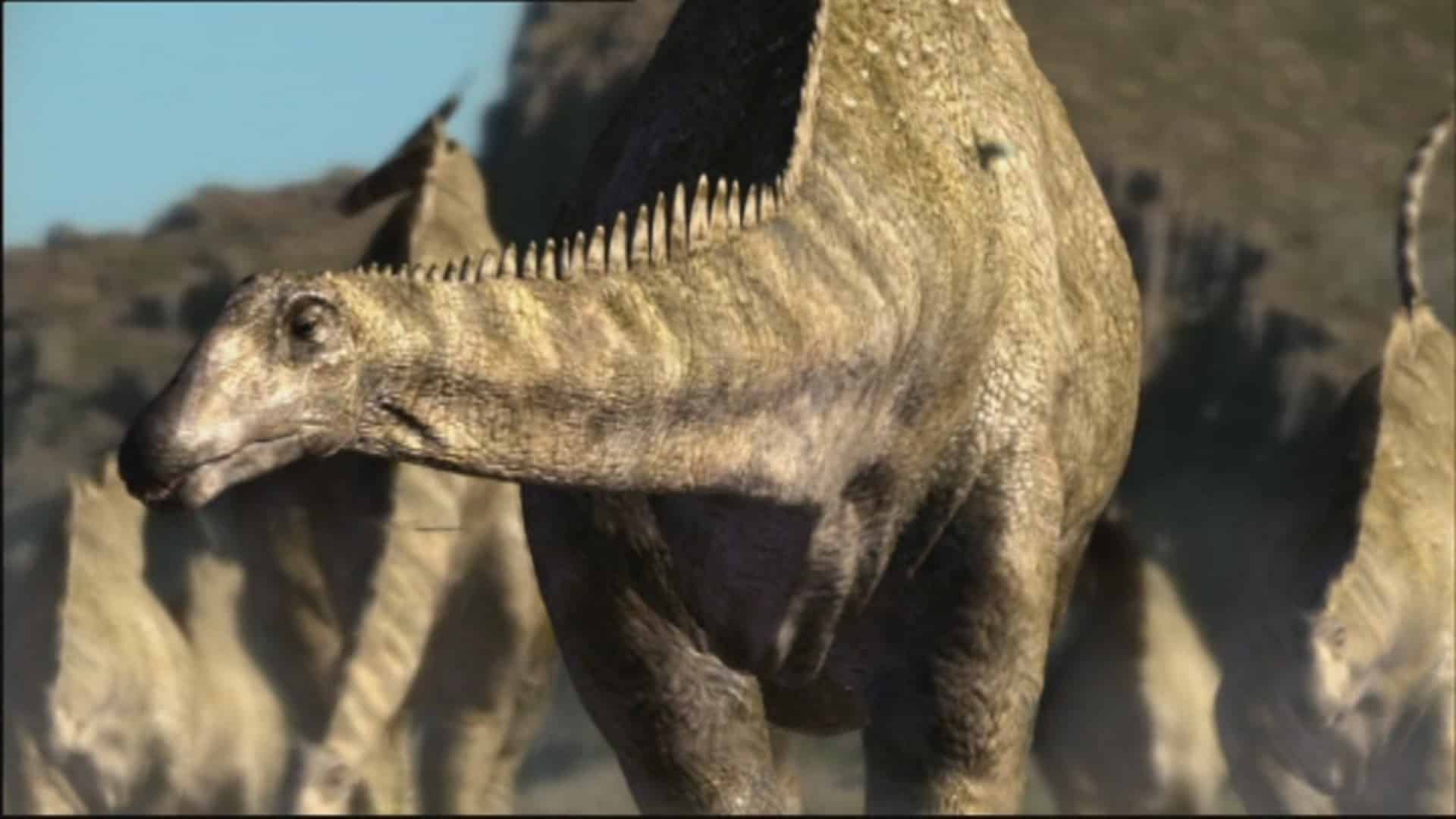 What was the largest dinosaur?

We just saw how the Sauropods were the slowest family of dinosaurs, but they were also the largest of all. Large herbivores with long necks and whip-like tails, heavy bodies weighing tens of tons, and sturdy legs to support the weight.

The supersaurus It could be one of the largest dinosaurs on the planet, which has been estimated to measure 35-40 meters in length and 8 meters in height.

Although the size record is held by a ghost. Of this great Sauropod there are only a few photographs of its remains, since they were lost in strange circumstances. The amphiocelia It is the largest land animal that has walked the Earth. Its wingspan is estimated at 60 meters in length and 12 meters in height, a true colossal titan whose existence is doubted. 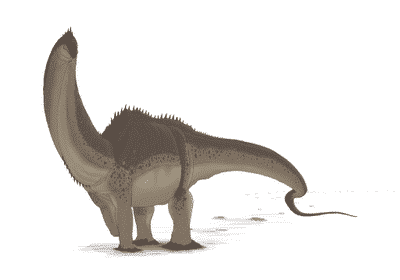 What was the smallest dinosaur?

Just as the Sauropod family was where the largest and most robust animals were found, there is a family of theropods where the smallest were found: the manraptors.

This family is a very advanced point in theropod-bird evolution, many of them looking very similar to modern birds. They had highly developed feathers, a reduced body, and some of them were even able to fly. Among the Maniraptorans there are a couple of very small species: the Anchiornis and the microraptor, and barely reached 35-40cm in length. Both are very similar, they were found in China and belong to the same period, the end of the Cretaceous. 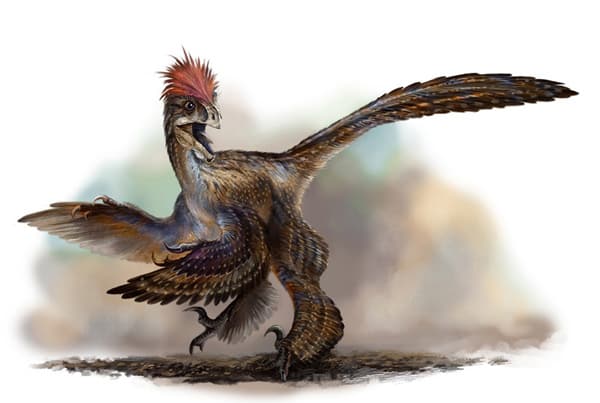 Which dinosaur had the strongest bite?

In order to be a great carnivore you not only needed a strong body and big muscles, because if you didn’t have them “well placed” they were useless. The power in the jaw was the most important for large dinosaurs, since with a bite in the right point the prey could not escape.

Without fear of being wrong, many of you may have in mind which carnivore had the greatest bite power. The tyrannosaurus rex has that term of king for something, and that is that his bite power could reach 12800 pounds of (5.8 tons).

Although if you want to know which is the animal that had the most powerful bite, it was not found on land but in the sea. The great carcharodon megalodon (a shark of 18 meters in length) came to have a power of 41,000 pounds (18.5 tons). 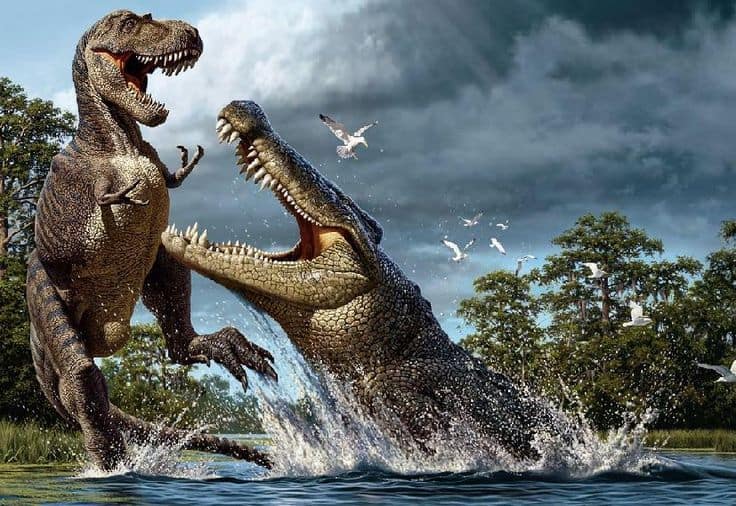 Without a doubt, the dinosaurs were the most varied animals that walked the Earth and their descendants, the birds, have much to be proud of.