The most famous dinosaurs among children 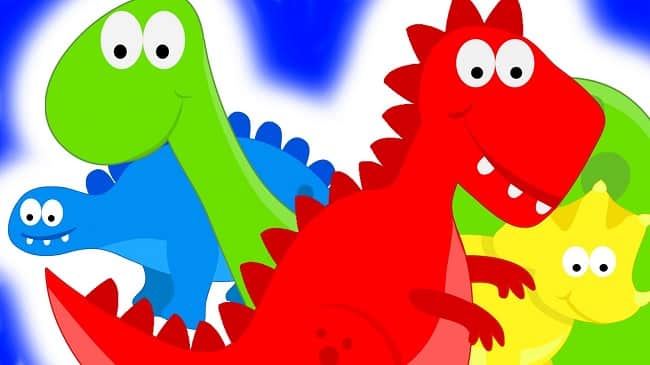 Despite the fact that these prehistoric animals had an impressive appearance, the truth is that knowing that they are extinct and enjoying the recreations offered by movies, museums and books, dinosaurs arouse great fascination todayespecially in boys and girls, since childhood is a vital stage where the need to explore and absorb everything stands out.

Children love dinosaurs and through multiple tools (images, educational videos, books, toys) it is possible to teach them in a very entertaining way what the earth was like in what is known as the Age of the Dinosaurs.

This era took place more than 250 million years ago and is characterized by great control of the dinosaurs over planet Earth, since they were the largest and most numerous predators.

Any dinosaur can arouse great interest in the smallest of the house although in this article you will be able to observe which are the dinosaurs that thanks to various movies are the best known for children, although obviously, each child can have their preferences and if they do not find your dinosaur here, we’d be happy to add it to the list.

The dinosaurs that most fascinate children

Rex the dinosaur from Toy Story

Rex is the endearing dinosaur from Toy Story, a well-known animated film based on the world of toys. It is a dinosaur that despite wearing a cute appearance is actually a tyrannosaurus rexone of the most fascinating and feared prehistoric animals.

The Toy Story dinosaur is usually liked by younger children thanks to its harmless appearance, in addition, the character is very interesting to work on aspects such as safety, self-esteem and body image, since the tender Rex felt self-conscious because he could not have an appearance as fierce as the real tyrannosaurus rex.

Sharp tooth is the name of the dinosaur tyrannosaurus rex who appears in the movie “In Search of the Enchanted Valley”it is without a doubt the most ferocious dinosaur shown in this film, a dinosaur with a clear predatory instinct that faces a female dinosaur Apatosaurus causing his death.

After this horrible combat, this film tells the story of a group of dinosaurs who venture to look for the “Great Valley”

Piecitos is the great star of «In search of the enchanted valley», it is a baby of Apatosaurusa vegetarian-eating dinosaur that is characterized by its large neck and long tail.

Piecitos is the orphaned son of the mother Apatosaurus who died in the fight against Sharp Tooth, once he finds himself without his family by his side, Littlefeet decides to undertake a search towards the legendary “Great Valley”about which his mother had told him a lot, on this path he will meet other dinosaurs who will decide to accompany him.

Big Mouth, is the name given to a funny dinosaur Saurolophuswhich is also known as the crested lizard because has a large crest along its spine.

Although it was a fairly large dinosaur (it weighed almost 2 tons) and could move on 2 or 4 legs, Littlefeet and his friends could feel safe around Big Mouth, since he was also a dinosaur that ate exclusively on vegetables.

Ducky is a dinosaur also known as Patito, it is actually a dinosaur that can also swim.

Ducky, like all the dinosaurs that join the search for Little Feet, has many differences with his fellow travelers, however, all the dinosaurs understand that they must leave their differences behind in order to find the “Great Valley” together, a place where these dinosaurs will be able to remain undisturbed for several months.

Cera is a dinosaur Stegosaurus and is characterized by having a large number of plates and spikes inserted into its spine, therefore, in the movie “In Search of the Enchanted Valley” also it is known by the name barbed-tail.

This lizard with a built-in roof is also a herbivorous dinosaur that moves using its four legs, therefore it does not pose any threat to the group either.

Spike is also known as Púas, it is a cute newborn but large dinosaur who becomes very attached to Ducky or Patito, whom he adopts as his mother figure.

The name that was initially given to this dinosaur, “Spikes”, refers to all the spikes that it had inserted into its spine, as is the case with many other herbivorous feeding dinosaurs.

This dinosaur is a triceratops, a name that literally means “face with three horns”, this being the main physical characteristic of this type of dinosaur. Three-Horned is a very large dinosaur that can very easily resemble the rhinoceros.

As with all herbivorous dinosaurs, both the spikes and their large structure were very necessary to be able to defend themselves against carnivorous dinosaurs. Three-Horned will not hesitate to use all his advantages in order to keep his group of friends safe on the way to the «Great Valley».

Petrie is the name of a pterosaur, a group of prehistoric animals that are not considered dinosaurs, but in this case, Petrie joins the herd of Piecitos as one more and, like his companions, his purpose is to find in the “Great Valley » a place where you can rest.

Petrie belongs to the group of the first vertebrate animals that were able to flythe wings with which Petrie could fly had three different parts that were covered by membranes that were attached to his fingers.

As we said at the beginning, both movies and books have made certain dinosaurs very popular with children, but it is possible that your favorite dinosaur is not on this list, Do you know any other famous dinosaurs among children? Then do not hesitate to comment on it so that you can also find it on this platform.