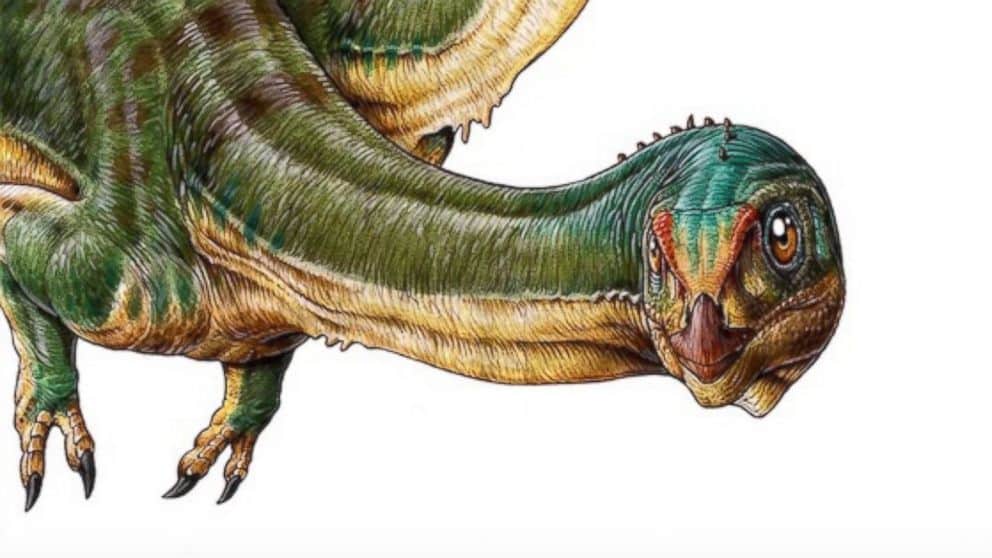 In April 2015, one of the paleontological environment discoveries was brought to light that can be considered a “puzzle” due to its physiognomic characteristics. We refer to the “Chilesaurus diegosuarezi”, one of the few copies of a group of herbivorous theropods and that we could also call “platypus dinosaur”

The specimen, which dates from the Late Jurassic period (approximately 163-146 million years ago), was discovered in 2004 by Diego Suárez, a Chilean boy and hence the name given to the dinosaur.

It represents not only a herbivorous specimen of a group of carnivores, but also anThe first specimen of a new lineage being a mixture of the three known lineages, that is, it has anatomical characteristics of theropods, sauropods and ornithischians

When the discovery was made, it was thought that several species had been discovered, but after several excavations it was observed that everything belonged to the same species.

Among the most striking features of its anatomy are a small head and wide hind legs, similar to the first long-necked dinosaurs dating from the Triassic.

Although the pelvis is similar to that of the ornithischian group for your guidance, finally has been cataloged as saurischians and within these, in theropods. It has been included in the group of theropods not only because of its bipedalism, but also because its vertebrae are very similar to those of this group of dinosaurs.

As for its forelimbs, they are short and robust and on them appear two straight claws similar to those of other theropods such as the “Allosaurus” or “Tyrannosaurus”. 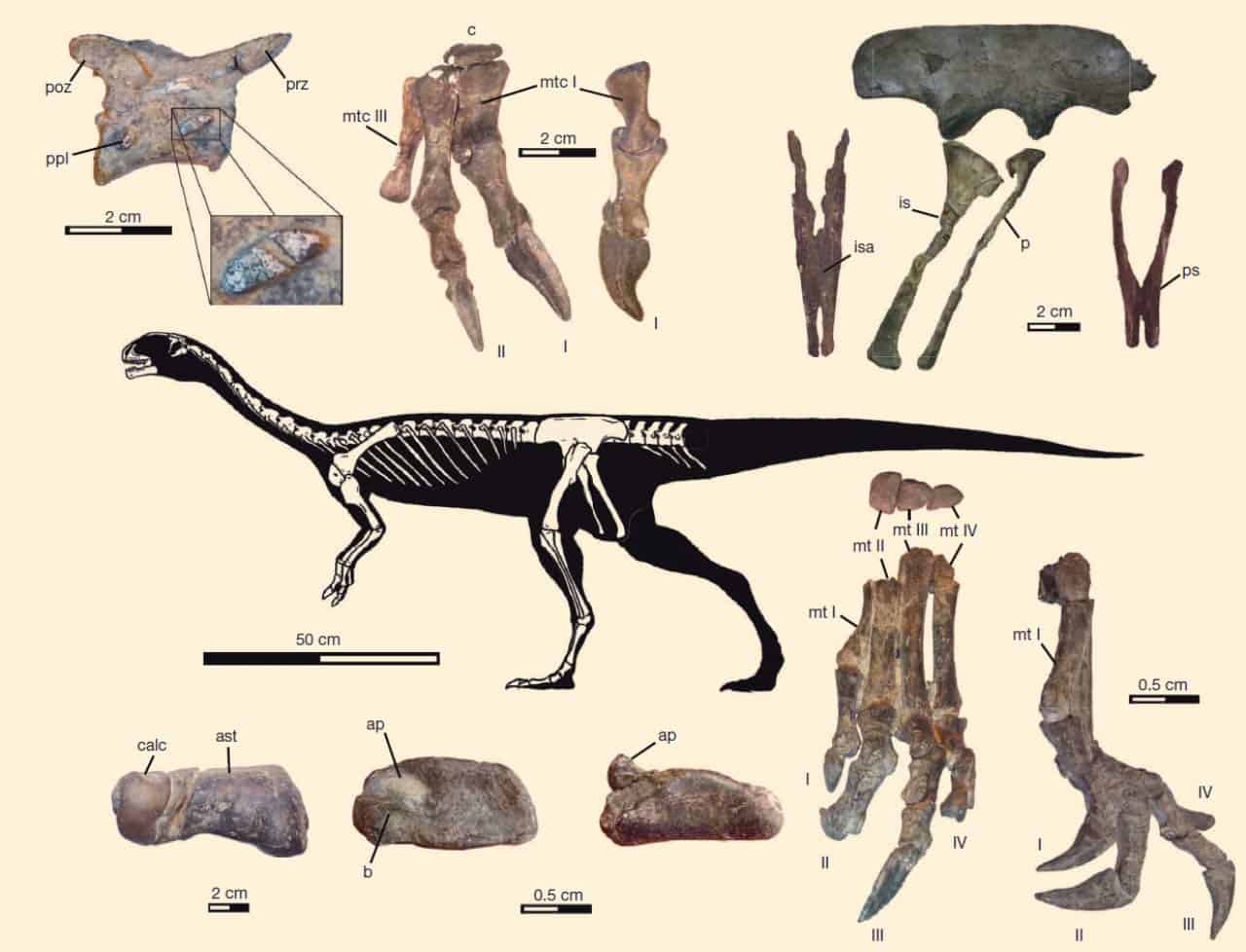 Not only does it represent a puzzle in terms of its anatomy, it also presents a phenomenon called “evolutionary convergence”. This phenomenon indicates that several species without any family relationship have similar structures for the same purpose and that it has been acquired by various changes in the environment.

An example of this is the caudal fin of fish and that of dolphins or whales, in the case of fish it has a bony base that they acquired by living initially in the aquatic environment but in that of dolphins and whales it has been appearing to be able to adapt and end up living in this environment.

In the case of the “Chilesaurus”, the evolutionary convergence comes in its diet, being herbivorous, and resembles that of current birds. This means that began to look for alternative routes in the diet many millennia before the first bird appeared.