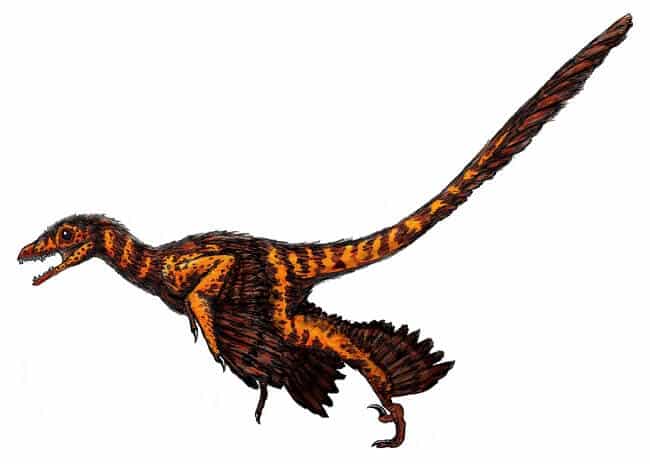 As a result of the findings discovered in China in 1996, the concept of feathered dinosaurs has gone around many times and has led to the formulation of amazing theories.

However, as a result of a new discovery, the most recent theories say that all dinosaurs had feathers. Be that as it may and regardless of the function of the feathers (a fact that has not yet been clarified), in the following article we are going to show you Some types of feathered dinosaurs.

Discovered in 1861 in southern Germany, the Archeopteryx It was the first feathered dinosaur on record. It measured 0.5 meters in length and lived in the Upper Jurassic period approximately 150 million years ago.

This genus is part of the order of the archeopterygids and among its characteristics they stand out for having some very wide wings that allowed him to fly or plan as well as a jaw with very sharp teeth, a long tail, three fingers with claws and hyperextendable second fingers.

The name of this dinosaur comes from Latin and means “bird mimic”having as its main characteristic the feathers in addition to a structure very similar to the birds we know today.

It measured only 45 centimeters in height, being one of the smallest dinosaurs and there is still controversy about whether this specimen could fly, experts believe that if so, it would only be capable of weak flight. 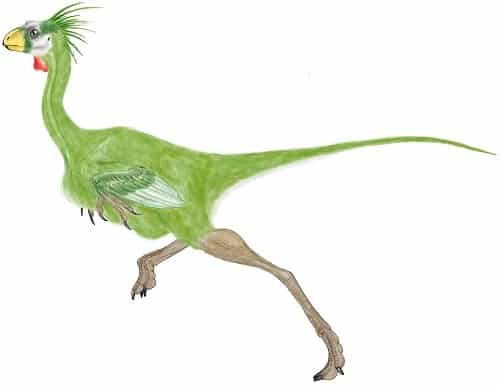 Also known as the Beipiao reptile, it is a genus that only has one species within it. Its about Beipiaosaurus Inexpectuswho lived in the Cretaceous period about 130 million years ago in Asia.

This dinosaur, belonging to the order of the saurischians, was 2.2 meters long and had a height of 0.9 meters, which makes it the largest feathered dinosaur known till the date. 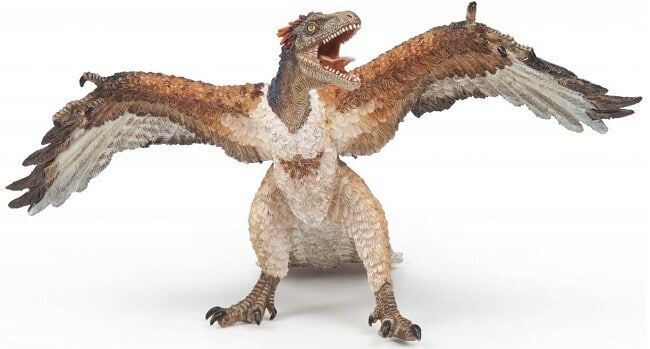 Caudipteryx It is a name that comes from the Greek and means “feathered tail”, this dinosaur has been described as a curious mix between the main characteristics of reptiles and birds.

Its fossils were discovered in China and it is believed that it inhabited this planet approximately 125 million years ago, at the beginning of the Cretaceous period.

the tail of the Caudipteryx could unfold when running and it is believed that it acted as a stabilizer, with other data collected by experts some claim that the movement pattern of this dinosaur was similar to that of the ostrich. 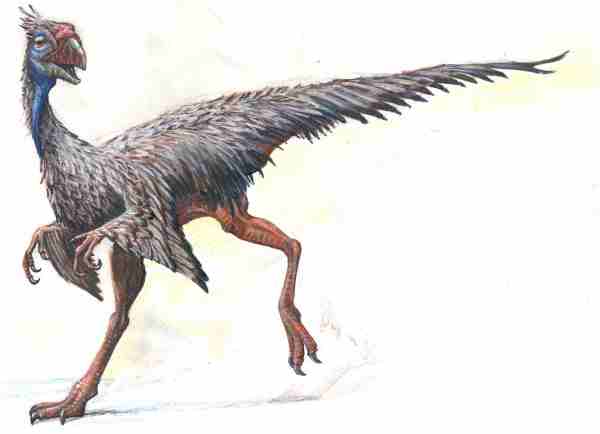 This dinosaur inhabited planet earth approximately 125 million years ago, at the beginning of the Cretaceous period, in the area that we currently know as Asia.

The fossilized remains made it possible to determine the presence of simple feathers and very different from those that we can currently observe in birds, since they lacked a central axis, for this reason it has been considered that these feathers could not have allowed flight, and their true function is unknown. 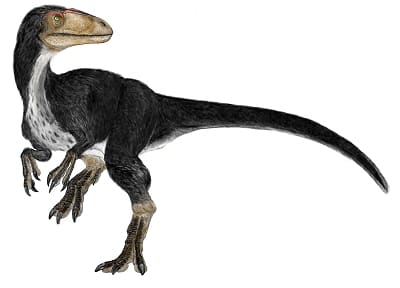 The fossil remains of this dinosaur were found in northwestern China and were a great discovery since this specimen is considered the first non-avian dinosaur that showed an adaptation to arboreal life.

It is believed that Epidendrosaurus can be one of the closest relatives to true birds and experts also believe that although this dinosaur was not capable of flight (it had feathers but no wings), it did represent the first step towards the evolution of functional wings. 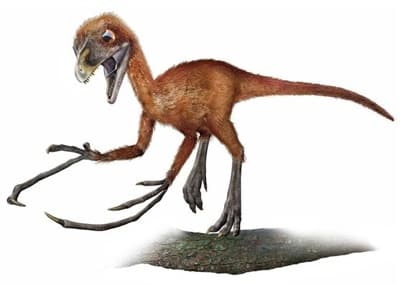 This dinosaur inhabited the area that we currently know as Asia, approximately 143 million years ago, it was discovered thanks to a nearly complete fossilized skeleton which very clearly showed impressions of feathers.

jinfengopteryx It was a very small dinosaur with probably an omnivorous diet and the studies that have been carried out on it have determined that its feathers were not suitable for flight. 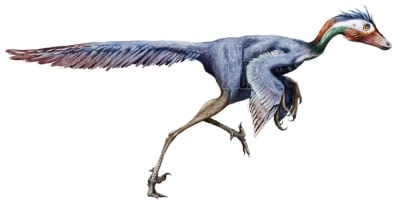 The fossil remains of this dinosaur were found in the Jura mountains (Germany) and it is believed that it inhabited this planet approximately 150 million years ago.

Juravenator was a bipedal predator and experts consider that this specimen should be endowed with a dense layer of protofeathers, however, the impression of them was not found in the fossils and one of the theories that are considered to explain this phenomenon is that this dinosaur probably only had feathers on some parts of its body. 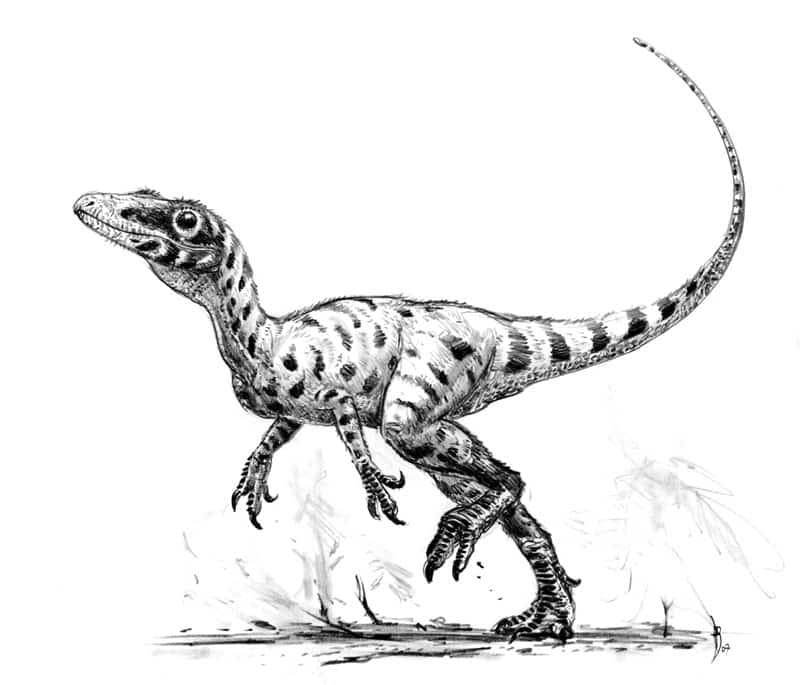 The paleontologist who discovered this dinosaur initially described it as a “four-winged dinosaur” and without a doubt this specimen provides valuable information about the evolutionary relationships between dinosaurs and birds.

microraptor was a feathered dinosaur long in the legs, arms and tail, due to the morphology of the feathers, some experts consider that they could allow flight.

It is believed that it inhabited this planet approximately 131 million years ago in the territory known today as Asia. 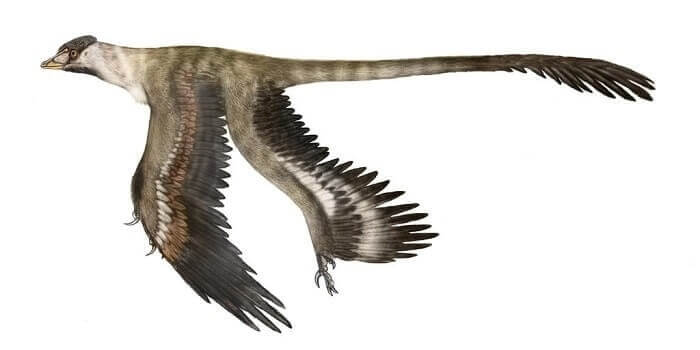 nomingia It is a dinosaur described for the first time in the year 2000 and it is estimated that it inhabited this planet approximately 70 million years ago, at the end of the Cretaceous period.

At first glance, the graphic recreation of this dinosaur stands out for the characteristic of having a tail largely reminiscent of that of the peacock that we know today.

It is considered a bipedal dinosaur and the functionality of its feathers has not yet been determined, although, as with the peacock, it is believed that its tail was used mainly for display, although data about its reproduction is unknown. 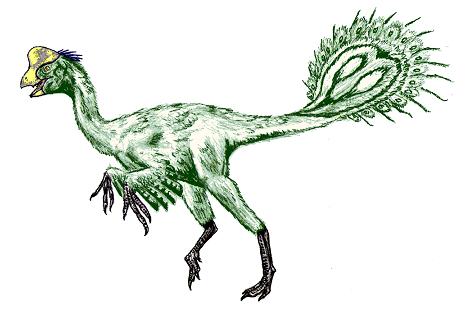 The name of this dinosaur means “feather foot” and is considered as one of the closest relatives to birds although it inhabited this planet approximately 163 million years ago, in the middle of the Jurassic period.

Pedopenna It had long and symmetrical feathers and it is believed that they did have an aerodynamic function, although much less than what can be seen in the birds we know today.

This dinosaur has provided numerous evidence about the relationship between dinosaurs and birds. 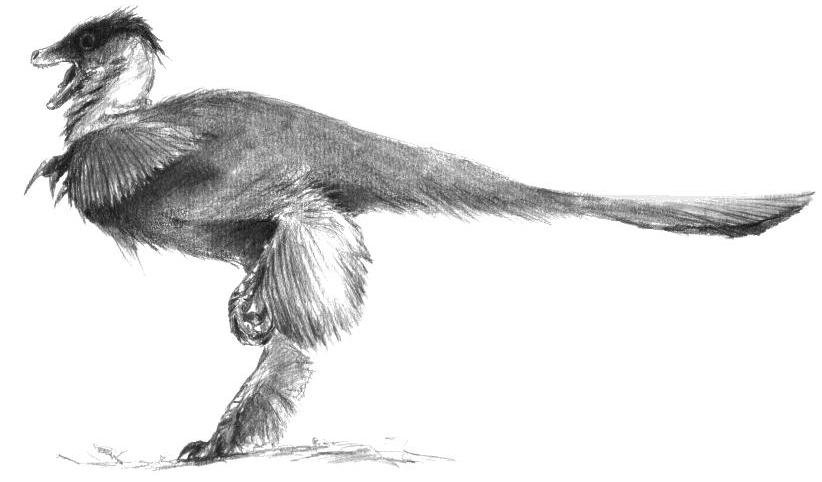 This dinosaur was approximately 40 centimeters long, had a long tail and evidence of the presence of feathers has been found in its fossilized remains, which gave it the appearance of a bird.

Rahonavis It was discovered in 1995 and to date there is no evidence that the presence of feathers allowed it to fly.

It is believed that it inhabited this planet approximately 70 million years ago, at the end of the Cretaceous period and in the area that is currently known as Madagascar. 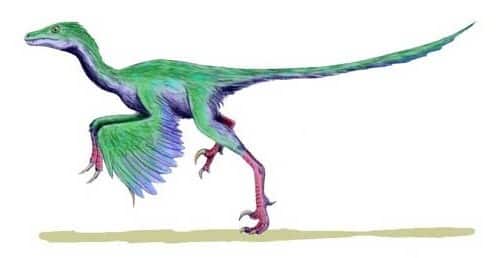 The Sinornithosaurus lived in the Cretaceous period 130 million years ago in Asia. It measured 130 centimeters in length and despite the fact that it had feathers and was related to birds couldn’t fly. These feathers could be used to cover their nests or to gain speed and momentum when running.

Thanks to the remains of this dinosaur, paleontologists began to propose the theory that the velociraptor It was also covered with feathers, some of them with a complex structure such as those found on the forearms, however experts believe that it could never fly. 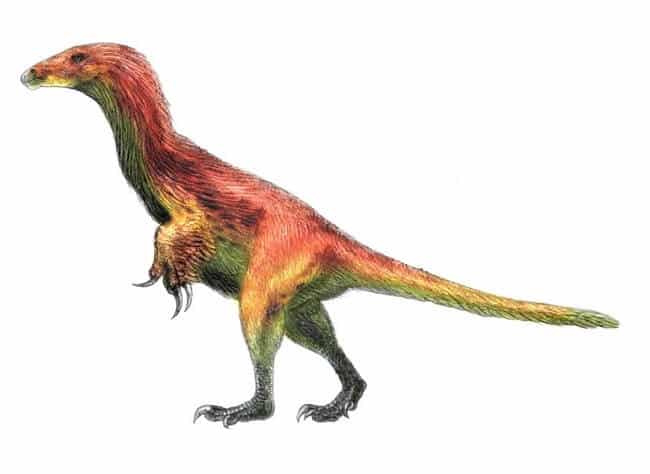 The Sinosauropteryx It is a genus represented by a single species called Sinosauropteryx Primawho lived in the Cretaceous period approximately 120 million years ago, in the territory that we currently know as Asia.

This theropod dinosaur, which measured no more than 98 centimeters in length, it had feathers all over its body. These feathers measured between 13 millimeters the closest to the eyes to 40 millimeters that reached the end of the tail.

All the specimens found Sinosauropteryx They preserved in their fossil remains the impression of filaments that have been considered as primitive feathers by paleontologists, however, it has not been possible to definitively confirm any data about the function of these feathers.

With these species we hope to have satisfied your curiosity about the feathered Dinosaurs, some specimens of great scientific value that allow studying the relationship between birds and dinosaurs and that are leading researchers to question the statements that had already been considered valid.

Do you know more types of feathered dinosaurs? If you have more information, help us to complete this list with your comments.