One of the common mistakes among dinosaur lovers is to confuse the term “Paleontology” with that of “Paleobiology” which is a mistake, because they are different disciplines. In this article we are going to tell you exactly what Paleobiology consists of.

Paleontology and paleobiology are two very close disciplines. While paleontology is the “study of organic beings that lived in past geological times”, paleobiology is responsible for extracting biological information from that organism.

Namely, This science is responsible for studying the purely biological processes of prehistoric organisms. and it focuses, as we say, exclusively on the “more biological” part, such as the natural growth and development of said organisms, food, social behavior… Therefore, we could describe it as: «the biology of paleontology».

Paleobiology and the study of extinct animals

The paleobiology focuses on extracting the maximum information from the life of the extinct organism: their physiology, their diet, their development, sexuality…

To do this, they are based on the fossil records of the animal and, together with other disciplines of study of different geological ages (“paleo-studies”), allow us to learn more about the animal: with the paleontology obtains the fossils and bone structures of the animal; and with the paleoclimatology knows the environment in which the organism could live and thereby assume the animal’s behavior (blood type, social behavior, diurnal or nocturnal rhythms…).

In addition, along with other disciplines such as biochronology allows knowing the state of development of the animal (that is, at what point of the phylogenetic tree it would be found), and next to the taphonomy it allows to know the approximate age in which it lived (taphonomy studies the formation of fossils, so it helps to classify the animal in a geological age).

The paleobiology is not a static science (actually science itself is not), since it seems that the real appearance of many animals of the past will never be demonstrated. Based on fossils, studies of different geological strata and knowledge of current animals, you can get a rough idea of ​​what the animal was like, although it always changes.

An example is the iguanodon: when it was discovered (1825) it was found next to a marked “horn” and its first representation was that of a giant iguana (hence its name), but subsequent studies together with new fossils of the same animal allowed a better representation to be obtained, and it is that this “horn” was actually a kind of claw of the forelimbs, and it did not have the shape of an iguana but of a huge reptile with a wide tail.

Another example of how paleobiology changes is much more recent, and initially very controversial, and was to ensure that dinosaurs are the ancestors of modern birds.

At first they were imagined as giant and clumsy lizards, now that great advances have been made in all areas of science and with much more knowledge it is known that they were very intelligent animals and many of them were feathered.

Let’s say that this new science focuses on delving deeper into a certain animal, once it is found in a site.

It is a discipline that tries to go beyond the simple identification of the bone in question (a task that, by the way, can sometimes be very complicated) and seeks to answer questions such as How old was that dinosaur? How much? How did it evolve?

The fossil teeth of extinct animals shed more light and information on the animal than other parts of its body. Many of the remains of some predecessors of the Homo sapiens are only bones of the limbs and teeth, the teeth being the ones that indicated their diet and even age.

Some dinosaurs, and other animals, were put into a food group but were later relocated by data that attributed teeth. For example the case of Therizinosaurusa theropod of long claws. As it was a theropod, and along with those sharp claws up to 1 meter long, it was included in the group of carnivores.

Recent studies indicate that it was not a carnivore, but rather a herbivore, but due to the fact that a complete skull has not been found and with few remains of teeth, there is still no answer to its diet. 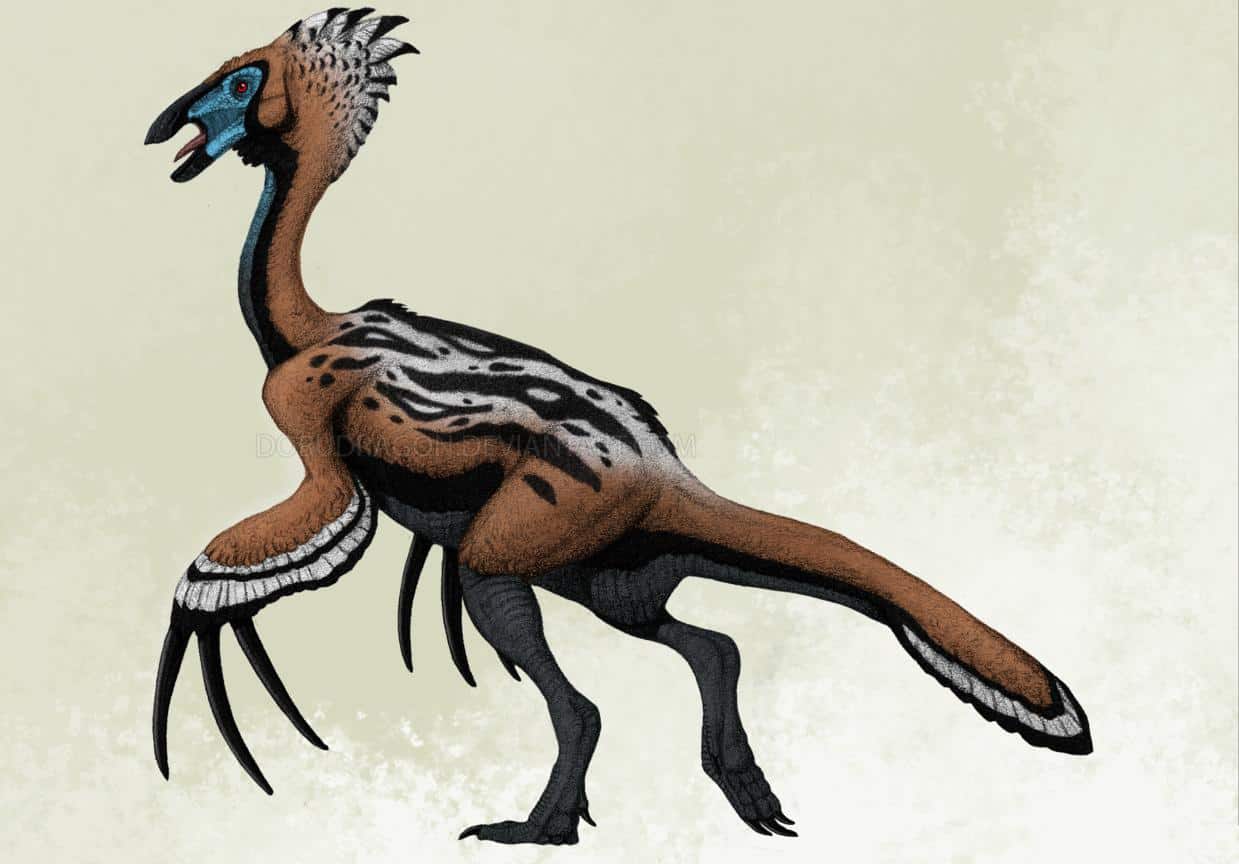 Paleobiology is therefore responsible for the study of fossils, to know what the animal was like in the most approximate and real way possible, and to provide the greatest amount of data that helps to understand the ecosystem of the past and that can also help the current one.